On August 8th, our group was invited for a private tour of Canadian Forces Base (CFB) Comox.

During the tour, we spent over an hour inside a  CP-140 Aurora (there are no photos from most of the tour itself due
to security restrictions – photography is forbidden on the flight line):

Here are some of the highlights of this special event:

Note: click on a picture to begin a full screen carousel slide show with captions.

Wednesday, August 8, 2012. CFB Comox. Ready for our private tour. Thanks to Lieutenant-Colonel David Robinson (Squadron Commander) for arranging the tour. Thanks also to Warrant Officer Dean Buchan (Flight Engineer) for acting as our guide during the tour.

If you’re ever travelling to or through Comox, stop by the excellent RCAF museum beside the main gate to CFB Comox. The history, artefacts (ever seen an actual mid-60’s air-to-air nuke?) and interactive displays are truly amazing

The history, artefacts (ever seen an actual mid-60’s air-to-air nuke?) and interactive displays at the RCAF museum at CFB Comox are truly amazing 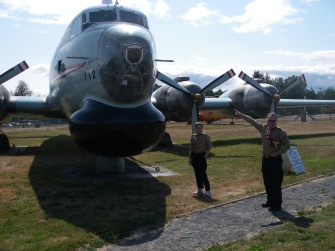 CFB Comox also has a display of all the different actual aircraft that have been stationed at the base over the years. 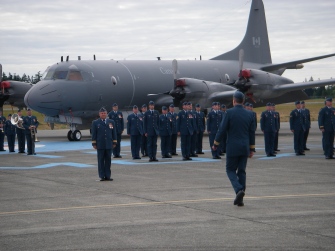 Thursday, August 9, 2012 We are guests of CFB Comox and 407 Long Range Squadron for the change of command ceremony as Lieutenant-Colonel David Robinson handed over command of “Demon” Squadron to incoming Squadron Commander Lieutenant-Colonel Jason Kenny. Here LCol Robinson goes to stand in front of his Squadron one last time.

Here LCol Robinson stands in front of his Squadron one last time before turning command over to his successor. 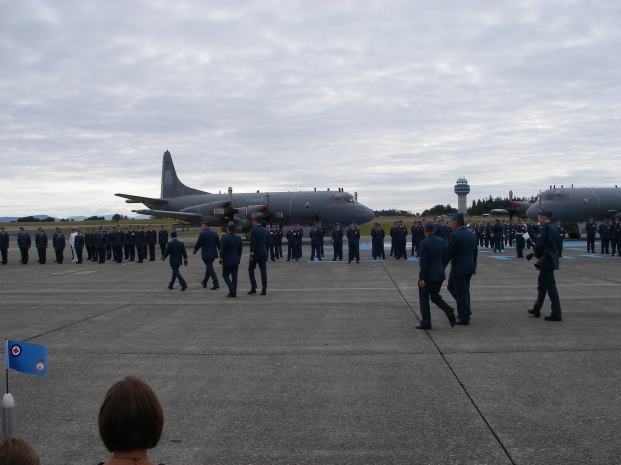 LCol Robinson and Kenny and other brass head out to inspect the Squadron before the formal change of command.

LCol Robinson says farewell to “Demon” Squadron in a speech that was both moving and darn funny at the same time. Typical for the Colonel. 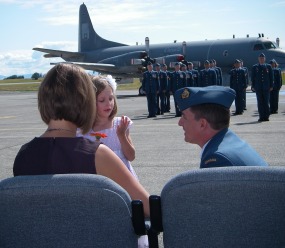 Incoming Squadron Commander, LCol Kenny, gets a moment with his family before taking his place at the front of “Demon” Squadron for the next two years. 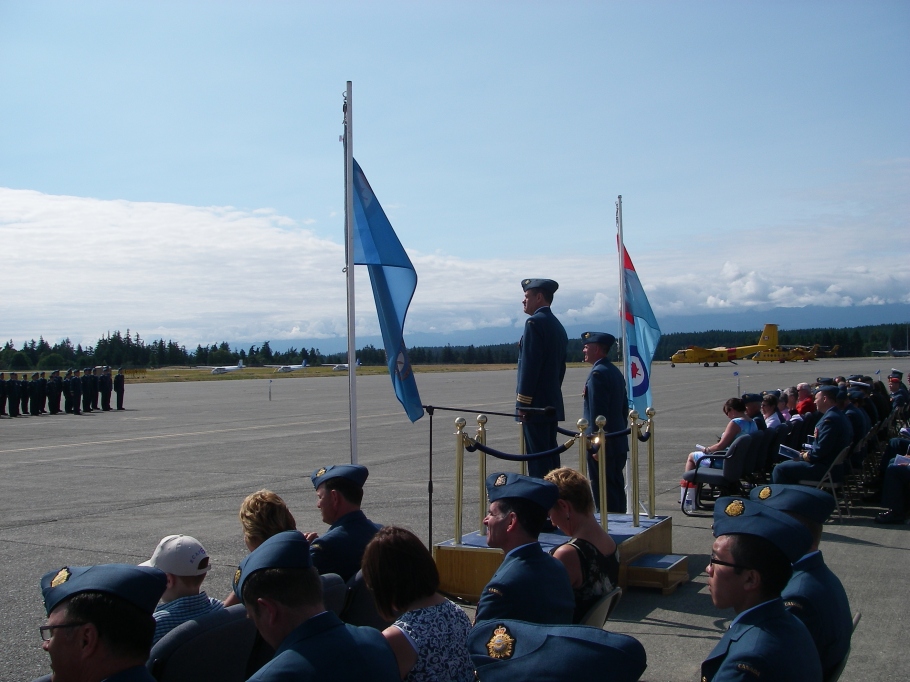 LCol Robinson looks over his Squadron with pride one last time before transferring command to LCol Kenny. 442 Search & Rescue Squadron planes and helicopters sit in readiness at the other end of the runway: